U.S. military aircraft may be flying over the South China Sea to keep an eye on Chinese submarines

U.S. military aircraft may be flying over the South China Sea to keep an eye on Chinese submarines

A P-8A Poseidon takes off during exercise Dynamic Manta 2019.  US Navy
Other waters in the region could become the focus of more military movements, one analyst said. The US Air Force sent military planes to the Bashi Channel en route to the South China Sea for a sixth day in a row on Friday in what observers said was a mission to track mainland Chinese submarines.

In charts posted online, the think tank said the three planes flew briefly into the southwestern part of Taiwan's air defence identification zone toward the Bashi Channel and then headed to the South China Sea. 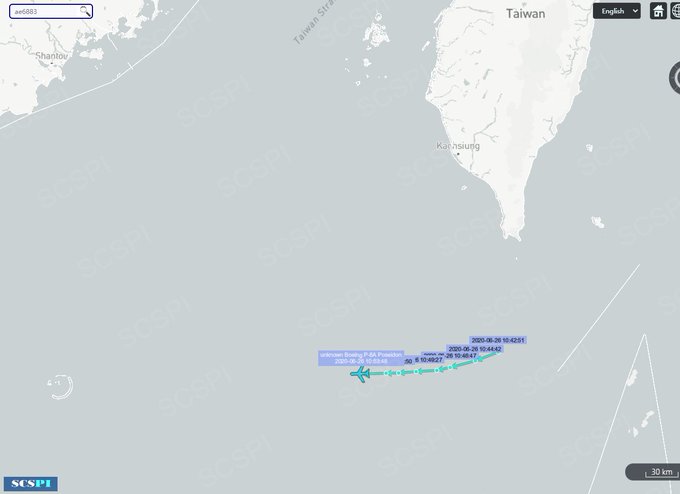 Taiwan's defence ministry declined to comment on the US military movements, saying only that it was fully aware of foreign military activities around Taiwan and that the armed forces were doing their job to ensure the security of the island and the safety of the Taiwanese public.

But it said a People's Liberation Army warplane briefly approached southwest of Taiwan's ADIZ in early on Friday afternoon and was warned off by Taiwan's air force, which scrambled jets to shadow the aircraft. The ministry did not identify the type of the plane.

The PLA aircraft apparently flew into the area shortly after the US warplanes, the ninth such incursion by a mainland aircraft since a US transport plane flew through the southwest coast of the island toward Thailand on June 9.

A Taiwanese security source who spoke on condition of anonymity said the US Air Force was apparently carrying out joint missions related to anti-submarine tasks.

"US warplanes have been massively reconnoitring between the Bashi Channel and the South China Sea, indicating that the USAF must have intelligence about PLA Navy submarine movements in the region," the source said.

"With the involvement of a number of different kinds of warplanes, it also shows that the USAF is testing the readiness and reliability of its joint missions in this region."

Su Tzu-yun, a research fellow at the Institute for National Defence and Security Research, said the American forces might have been acting on specific information.

He said that mainland ballistic missile submarines could attack the United States from the Philippine Sea to the east of Taiwan, and other waters in the region such as the Miyako Strait and the Bashi Channel could become the focus of more military movements.

Mainland Chinese submarines appear to have been operating near Japan.

Foreign submarines are required to surface and raise their national flags within territorial waters of other countries in accordance with international law. But underwater activities are not prohibited in contiguous zones, which surround territorial waters.

Japan sent Maritime Self-Defence Force destroyers and patrol aircraft to monitor the submarine, which passed through a narrow strip of water between the prefecture's Tokara island chain and Amami Oshima without surfacing.

Japanese media quoted an unidentified SDF source as saying that the submarine might have been testing Japanese and US anti-submarine warfare capabilities.

"In the East China Sea, our fighter jets scramble against Chinese planes almost every day, sometimes more than once," Kono said on Thursday, adding Beijing had opened a wide gap between the military arsenals of the two countries, building a great number of submarines, frigates and destroyers.

"We need to assess China's capability and intention."

He said Beijing had gone from a nation without modern fighter jets, submarines or frigates in the early 1990s to one with more than 1,000 fourth- and fifth-generation fighters, compared with the 300 or so fighter jets that Japan had.

Meanwhile, the US-based Defence News said earlier this month that US Secretary of Defence Mark Esper was studying the possibility of building large robot submarines to increase underwater surveillance.

According to the report, a study spearheaded by Esper's internal think tank, the Cost Assessment and Programme Evaluation office, recommended that the US Navy invest in as many as 50 extra-large unmanned underwater vehicles.